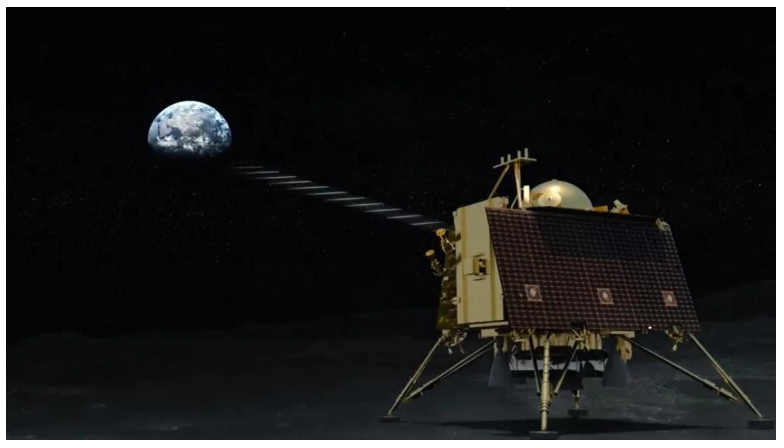 Almost after 10 years since Chandrayaan 1 (Oct 2008) was launched, Indian Space Research Organisation (ISRO) is all set to launch Chandrayaan 2. Chandra – Moon and Yaan – a vehicle is Chandrayaan, the Lunar Vehicle.

Chandrayaan-2 will be launched tomorrow, 15th July 2019 at 2:51 am IST from Sriharikota’s Satish Dhawan Space Centre. It will be depositing a lander and rover on the surface of the Moon. Also, India will become the 4th country to soft land on the lunar surface.

ISRO Live streaming of the launch by can be viewed on the below online and TV channel. (It will be available from 2.21 am IST on 15th July 2019 which is 30 minutes before the launch)

Chandrayaan 2 aboard a GSLV Rocket (Geosynchronous Satellite Launch Vehicle). It is not just a proof of India’s growth in space but also it inspires the next generation scientists and engineers.

The new mission will consist of an orbiter, a lander, and a rover. The orbiter will perform the mapping from an altitude of 100 kilometers (62 miles), while the lander will make a soft landing on the surface and send out the rover, reported the Indian Space Research Organization.

On ISRO’s website, it stated that “The payloads will collect scientific information on lunar topography, mineralogy, elemental abundance, lunar exosphere and signatures of hydroxyl and water-ice,”. Also, ISRO stated that the Chandrayaan-2 orbiter will circle the moon and provide information about its surface.