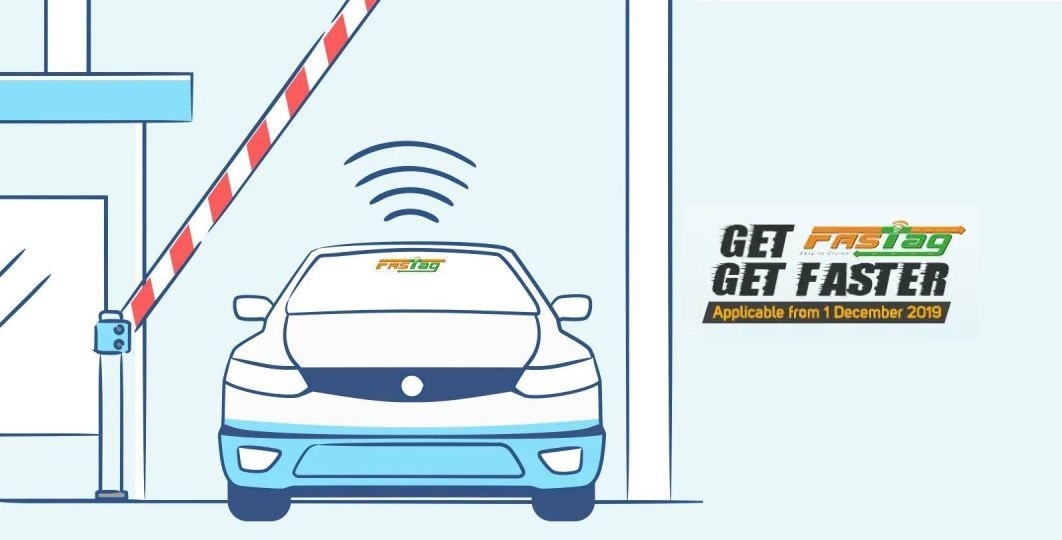 FASTag to become mandatory for all vehicles from 1st December 2019

So you better get your tag … real fast!

Delhi: In line with the Indian government’s ‘Digital India’ initiative, Nitin Gadkari, the Road Transport and Highways Minister, has announced that FASTags will become mandatory for all vehicles, private and commercial, from December 1, 2019.

As per media reports, vehicles without FASTags will have to now pay up to twice the normal rate at toll-gates across the country.

With only one week left for the rule to be implemented, it is important that vehicle owners/drivers get their Fastag asap if they do not have it already.

According to official sources, the new Fastag initiative has a three-fold purpose. Firstly, it is being put into effect to further bolster digital payments throughout the country, secondly to act as an effective means to decongest highways and finally to promote transparency through digital payments.

Fastag is surely on the fast track to help make ‘Digital India’ a reality but what real benefits does this new initiative aimed towards cashless toll payments have in for the end-user? Or will it take a toll on the already overburdened highway user?

There are currently issued by 22 certified banks through various channels such as Point-of-Sale (POS) at National Highway toll plazas and bank branches.

What is FASTag and how does it work?

FASTag is a passive device, affixed to a vehicle’s windscreen, which works on the principle of radio frequency identification (RFID) and enables cashless toll payments without requiring the vehicle to stop and wait in a queue.

When a motorist drives a vehicle equipped with the RFID tag through a dedicated-toll plaza lane, a FASTag reader automatically detects the tagged vehicle and charges the appropriate amount from a linked account, while the vehicle is still in motion.

The motorist gets intimated about the toll deducted via SMS on his registered mobile number.

Where can the FASTag be used?

FASTags were introduced over four years ago and until now, their usage has been optional. At the moment, they can be used at over 500 toll plazas across the country, including all national highways as well as some state highways.

However, beginning December 1, FASTags will become mandatory for all four-wheeler passenger vehicles and all commercial vehicles including buses, trucks, tractors and construction machinery at all national highways. This means that all lanes at national highway toll plazas will only allow electronic toll collection through FASTag, with just one lane reserved for collection through cash.

Almost 90 percent toll plazas are ready with FASTag infrastructure and only some new toll plazas will face teething issues.

What are the benefits of FASTag?

The implementation of FASTag can help alleviate numerous problems. Since coming to a complete halt at the turnpike for cash transactions is not required, major bottlenecks on highways are avoided.

Commuters save time that they otherwise would have wasted waiting in long queues. The expeditious passage of vehicles through toll plazas also helps in reducing fuel consumption and ultimately curbing air pollution.

As an added incentive, motorists paying toll through FASTag at any national highway are promised a 2.5 percent cashback till March 31, 2020.

How can a FASTag be acquired?

In the run-up to the December 1 deadline, new passenger vehicles nowadays are already equipped with FASTags.

Existing vehicle owners can purchase the RFID tags from more than 20 NETC authorised member banks (the complete list of which is available here).

Additionally, they are also retailed through point-of-sale (POS) locations at select toll plazas, the NPCI website, Amazon website and the official MyFASTag app on the Google Play Store.

The price of a FASTag is fixed at Rs 100, but the threshold balance to be loaded in the FASTag account will differ as per the issuer’s transaction rules.

To further facilitate the adoption of the new technology, the National Highways Authority of India (NHAI) has been directed to issue free FASTags till December 1.

Free FASTags will be available at all points of sale of the NHAI and they will also be made available at other places having a high potential of sales.

Consequently, the security deposit for each of the tags issued from designated outlets, until November end, will be borne by the Ministry of Road Transport and Highways.

Some of the documents required for obtaining and activating a FASTag include the vehicle’s registration certificate and the owner’s photograph and other identity proofs.

Moreover, a FASTag is vehicle specific and is linked to the car’s registration. As such, once assigned to a vehicle, it cannot be transferred to another vehicle. The tag has a validity of 5 years.

How can a FASTag be recharged?

A FASTag can either be linked to a prepaid account or to the customer’s savings/current account. The former requires the tag to be topped up as per the owner’s usage. This can be done through any UPI-enabled smartphone app and also through the MyFASTag app. Additionally, users have the choice of recharging their accounts from the issuer bank’s website using debit cards, credit cards, and net banking.

The NETC digital platform has already proved to be quite promising over the past four years.

In September this year, an average of 9.7 lakh transactions were processed daily through FASTags across the country.

Since the programme began, over 56 crore FASTag payments amounting to Rs 13,449 crore had been processed till the end of September 2019.