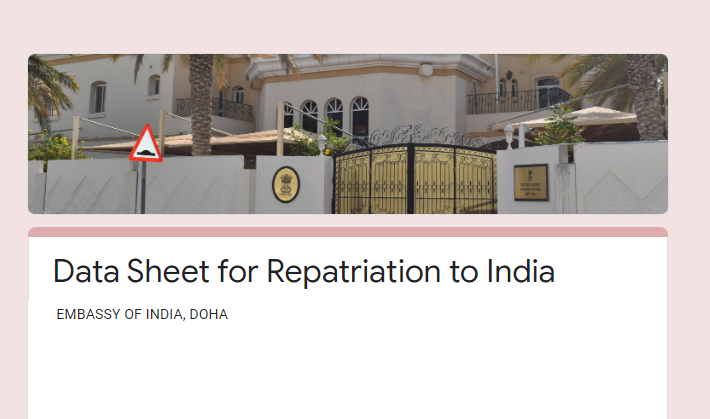 The Indian embassy has said it is collecting data about people requesting repatriation to India.

“At this stage, the purpose is only to compile information. No decision or details yet on resumption of flights to India,” the embassy tweeted on Sunday.

“As and when a decision is taken, the embassy will make a clear announcement,” it noted.

One has to follow this link – https://docs.google.com/forms/d/e/1FAIpQLSftPP5rNta6ZGPih37Os4AqbZnjwCpkIWCbpguTVyRdeADI7w/closedform and answer the questions mentioned in the Data Sheet for Repatriation to India.

“Please note that the form has to be filled separately for each individual, even if they are members of a family,” the embassy advised.

Meanwhile, the Times of India has reported that armed forces are keeping some of their large warships and transport aircraft on stand-by to ensure they can swing into action if the government directs mass evacuation of Indians from the Gulf region. Similar is the case for Air India planes, the report stated.