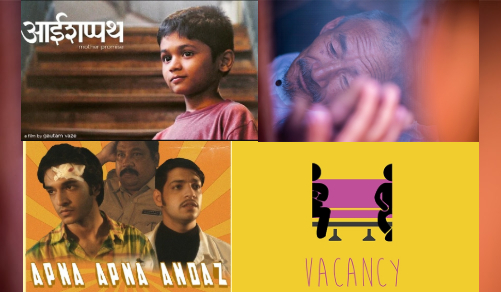 DOHA: As an actor who has appeared in several short films, the on-going Ajyal Film Festival – an excellent platform of exciting mini-movies – has been for me both a treat a watch and a delight to write about.

And yesterday evening’s Made in India segment comprising of a selection of shorts by up-coming Indian directors was no different.

The 8 entertaining Indian short films screened in the Made in India event captivated the near-capacity crowd of the K-16 Opera House in Katara Village.

Ajyal Film Festival has teamed up with Mumbai Academy of Moving Images (MAMI) to celebrate the Qatar-India 2019 Year of Culture by partnering in an exclusive exchange programme resulting in the two countries screening their locally produced films in each other’s city.
Earlier this year, a selection of Made in Qatar films was shown at the Mumbai Film Fest.

Speaking at the opening of the Made in India collection of short films, Fatma Hassan Alremaihi, Chief Executive Officer, Doha Film Institute (DFI) said that it was a pleasure to showcase the Indian films as part of the ongoing Qatar-India Year of Culture. It has always been DFI’s policy to exchange cultural ideas with other countries through the universal language of movies.

Programme director Kalpana Nair commented that the  collection of Indian shorts by up-and-coming directors proved that short films have become immensely popular in India during the past few years and audiences are sure to see much more of these directors across all platforms in the near future. She also thanked Ajyal Film Fest for the hospitality and opportunity to screen the Indian short films here.

Nair emphasized the fact that the Made in Qatar collection of short films was very well received at the Mumbai Film Festival held earlier this year.

Starting with the Hindi/Nepali 11 minutes short Grandfather by the director duo of Umashankar Nair and Gaiti Siddiqui, the film shot in Nepal, portrayed the inseparable bond between a grandfather and his granddaughter and the immense tragedy the little girl faces when she loses her dear grandfather in the tragic earthquake that shattered thousands of lives in Nepal recently.

Personally, the Hindi 5 minute Vacancy directed by Anurag Worlikar with a single on-screen actor Aasif Khan as a young candidate going for a very unusual kind of interview was the pick of the lot. The movie is a comedic take on Mumbai’s overcrowded train problem. This tongue-in-cheek extrapolation on what outlandish steps may have to be taken in the future to solve this real-world issue stands as the basis for this movie which not surprisingly has won several awards.

The 5-minute director/screenwriter Gautam Vaze’s Marathi film Mother Promise was my next favourite which exhibited the amazing talent of child actor Abhishek Bachhankar who experiences an early-life crisis as he is racked with concern for his beloved aunt’s safety. Not letting her out of his sight for the entire visit, the naïve youngster’s selfless compassion is truly endearing in this sweet little tale of superstition and childhood innocence. Set against the popular street game of cricket this short film had me completely bowled over.

The audience were then taken on a roller coaster ride of emotions through the comedy of director/screenwriter Avishkar Bharadwaj’s Apna Apna Andaz based on true events depicting a young man who has escaped from a hospital to see a much-anticipated film. Unfortunately, he is utterly crestfallen to discover that his friend has lost their tickets as his wallet was stolen. The ensuing caper of how the pair seek the help of local police to track the thieves using seat numbers, ending in a hilarious chase, perfectly captures Indian movie buffs’ obsession with cinema and the lengths they will go to – just see their favourite film

The other four short films Batti, Hey Ram, Steam and the finale The Thought of You with popular Bollywood actress Kalki Koechlin portraying a young jealous wife who is seemingly instrumental in causing her husband’s death offered a deep insight into modern India and were a testament to the country’s vibrant filmmaking heritage.

For Indian movie lovers, there is a screening of a 90-minute film Bombay Rose at the NOVO theatre on Saturday, 23rd November @ 8.30 pm.

For tickets priced at Qrs 35/ each and other up-to-date information on the festival, one can visit https://www.dohafilminstitute.com/filmfestival/ticketinformation