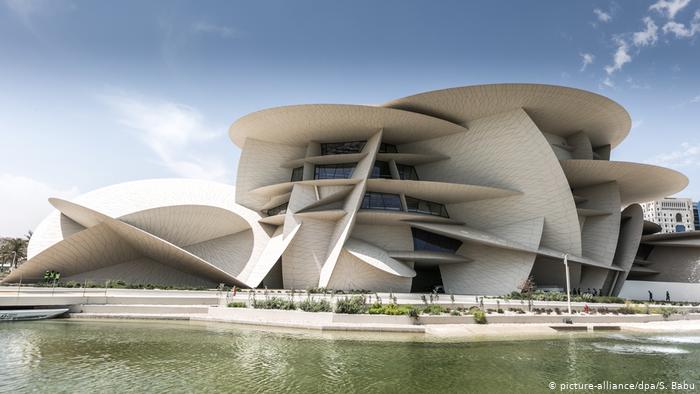 The National Museum of Qatar (NMoQ) has been named as “One of the 100 World’s Greatest Places for 2019” by the internationally renowned TIME magazine.

In a tweet, Qatar Museums Chairperson Her Excellency Sheikha Al Mayassa bint Hamad bin Khalifa Al Thani posted, “Great news! The National Museum of #Qatar has been named by the @TIME Magazine as one of the 100 World’s Greatest Places for 2019!”

The magnificent NMoQ has thus managed to add yet another international feather to its already prestigious cap. The TIME Magazine list of “100 destinations to experience right now” also includes museums, parks, restaurants and hotels as one of the World’s Greatest Places for 2019. The list is divided into three greatest places categories namely “To Visit” which include 37 museums and parks, “To Stay” which comprise 44 hotels, and “To Eat and Drink” which consist of 19 restaurants.

NMoQ was selected in the greatest places “To Visit” for 2019 from nominations recommended by editors and correspondents from around the world, as well as industry experts. The nominations were evaluated based on key factors such as quality, originality, sustainability, innovations, and influence, resulting to “100 new and newly noteworthy destinations to experience right now,” Time magazine stated.

TIME correspondent Karl Vick referred to NMoQ as a “groundbreaking structure” designed by acclaimed French architect Jean Nouvel taking inspiration from the desert rose. “In the Gulf, a desert rose forms when sand adheres to the crystals created by the slow evaporation of salt basins. The resulting clusters look like interlocking discs and inspired Jean Nouvel’s design of the National Museum of Qatar, which sprawls along the waterfront of the capital, Doha,” he added.

“The destination museum opened in March and uses immersive video screens and dioramas to take visitors on a mile-long journey through the peninsula’s history, from geology to pearl diving to Bedouin life and finally back to geology—namely, to the discovery of the oil and gas that enriched the kingdom and paved the way for groundbreaking structures like this one,” Vick said.

With an area of 52,000sqm, NMoQ is an architectural masterpiece whose winding, 1.5km gallery path provides a journey through a series of unique, encompassing environments, each of which tells its part of the story of Qatar through a special combination of architectural space, music, poetry, oral histories, evocative aromas, archaeological and heritage objects, commissioned artworks, monumentally-scaled art films, and more. Local and international artists such as Ali Hassan, Aisha Nasser Al Sowaidi, Roch Vandromme, and Jean-Michel Othoniel have their commissioned artworks located inside the gallery and outdoors within the sprawling premises of the masterpiece museum.

One the most memorable assignments of my journalist career was covering the opening of NMoQ which was officially inaugurated by His Highness the Amir Sheikh Tamim bin Hamad Al Thani earlier in March this year. The glittering opening ceremony was attended by members of the royal family, including Qatar Museums Chairperson Her Excellency Sheikha Al Mayassa bint Hamad bin Khalifa Al Thani.

The National Museum of Qatar has been named as one of @Time magazines' 100 Greatest Places of 2019!
Here is recap from our opening last March. Come visit and enjoy one of the most "extraordinary experiences"! pic.twitter.com/nL2T3nqzEy

A number of prominent local and international figures in the field of politics, culture, art, media, and heads of companies and international institutions, directors of museums, academics, film directors, celebrities and those interested in heritage sites from around the world attend the ceremony. An array of media persons from Qatar and overseas representing print, digital, radio and TV organisations covered the event.