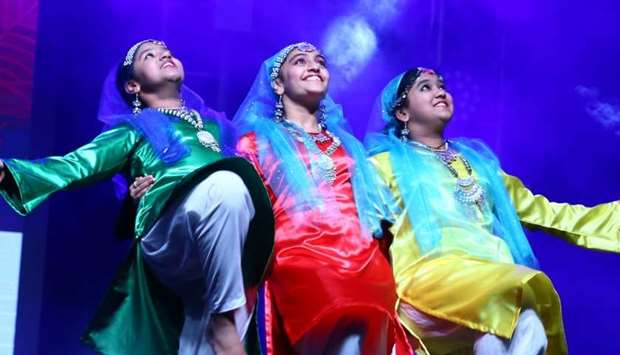 Doha: Thousands of Indians thronged to the Museum of Islamic Arts (MIA) Park over the weekend to witness the Indian Community Festival, under the theme, ‘A Passage to India,’ bringing the curtains down to the Qatar India 2019 Year of Culture.

The festival was organised by the Indian Cultural Centre (ICC) in collaboration with the Embassy of India and MIA with the participation of other associated Indian organisations.

A 4 metre-high and 8 metre-long model replica of a famous Indian monument, the Red Fort was the key attraction. There were several cultural programmes highlighting the culture, traditions, and diversity of India. Several Indian expatriate organisations presented a number of cultural items varying from folk and classical dances to musical programmes, as well as written quiz competitions among others.

One of the attractions on the concluding day was a police dog show organised by the Ministry of Interior highlighting the skills of the canines in searching bags containing drugs or explosives, identifying criminal offenders and standing guard for children among others security-related activities.

According to A.P. Manikantan, ICC president, “We have had great participation from all sections of the community and everyone contributed to the success of the festival. It was great to see people joining the event in large numbers and taking part in many of the events making it one of the most remembered Indian community events in Qatar.”

All the apex bodies of the Indian embassy, such as the ICC, Indian Community Benevolent Forum, Indian Business & Professional Council and Indian Sports Centre had their presence at the event to highlight their role in the community.

The event manager for ‘A Passage to India’ is Music Lounge Events.