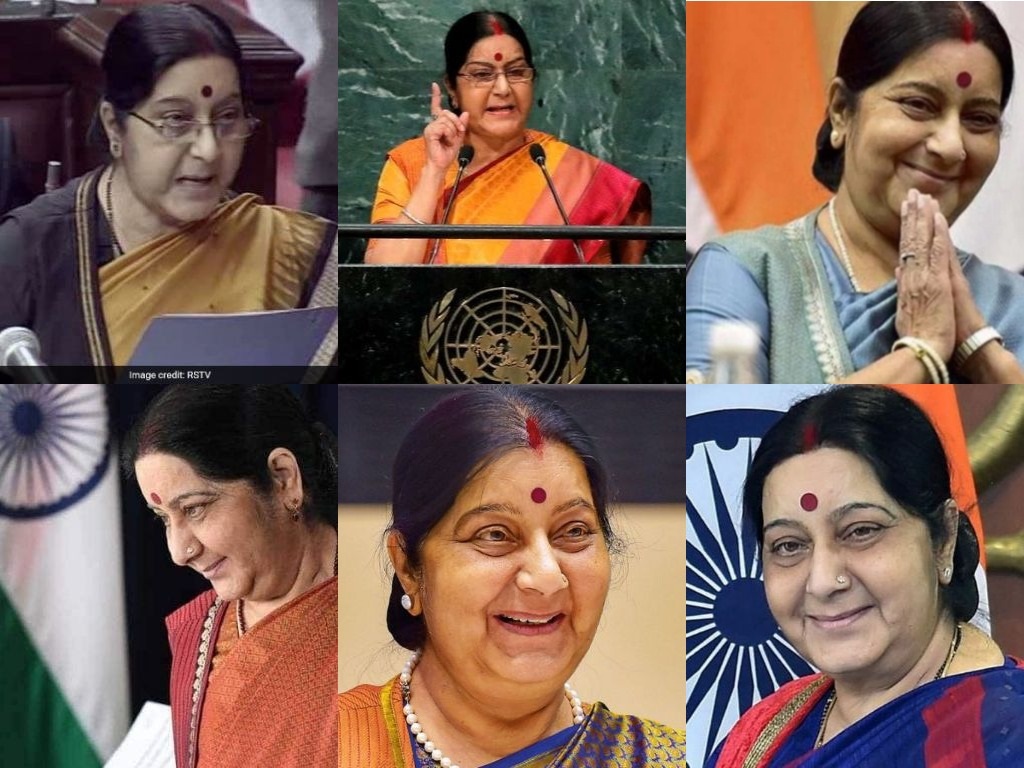 RIP Sushma Swaraj |’We will miss you’

Sushma Swaraj, former external affairs minister, and senior BJP leader, passed away on Tuesday night. She was 67. Sushma Swaraj was one of the rare loved politicians across party lines. The senior BJP leader was brought to AIIMS around 9:30 pm and was straight away taken to the emergency ward. AIIMS doctors said she died of a cardiac arrest.

Undoubtedly she was one of the best external affairs minister India had. During her tenure as Foreign Minister, she had developed a reputation of an approachable minister, often helping Indians facing troubles related to passports and visas.

A seven-time MP Swaraj did not contest the 2019 Lok Sabha elections and chose to sit out of the government this year on account of her health.

“A glorious chapter in Indian politics comes to an end. India grieves the demise of a remarkable leader who devoted her life to public service and bettering lives of the poor. Sushma Swaraj ji was one of her kind, who was a source of inspiration for crores of people,” Prime Minister Narendra Modi said in a series of tweets.