Big day for Indian Cricket Team as they have reached ICC Women’s T20 World Cup final. India’s semifinal against England was washed out due to pouring rain at the Sydney Cricket Ground.

ICC officials declared the match has been called off without a ball being bowled. This made unbeaten Harmanpreet Kaur’s Indian Cricket team to make their finals as they topped the table.

Indian captain Harmanpreet Kaur also opined that it’s unfortunate when a game loses in front of the weather. She endorsed the idea of having a reserve day for future events. Shafali Verma, the topper in the ICC T20 batting rankings is the second Indian after Mithali Raj to reach the number one position.

This is the first time Indian Women’s cricket team made it to finals of the ICC T20 World Cup. India will now play against four-times champions Australia at the MCG on 8 March, International Women’s Day.

India won the league match against Australia earlier in this tournament and the final match offers a repeat of the very first game.  Will India repeat?

QatarIndians.com team wish Team India to continue their unbeaten campaign at the MCG to lift the T20 World cup 2020. 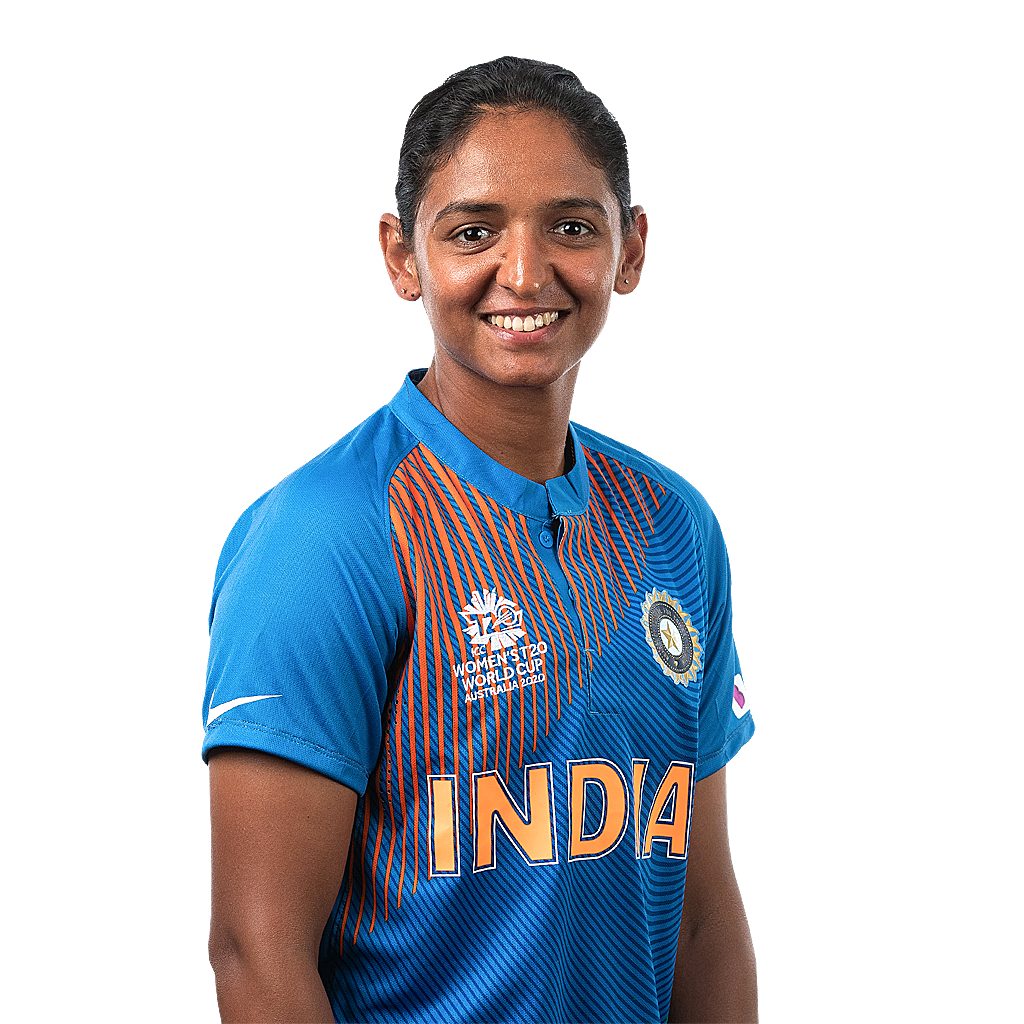 Top-ranked Team India will take on 4th placed New Zealand in the first semi-final of World Cup 2019. Ind vs NZ semifinal match will be held on Tuesday the 9th of July. It is India’s 7th World cup semi-final in Cricket World Cup. Also, this will be the 8th world cup semifinal for the New Zealand team.

India’s win over Sri Lanka helped India to top the points table ahead of Australia. 1st Semifinal will be held in Manchester between India and New Zealand.  Australia will face 3rd positioned England on the 11th of July at Birmingham.

QatarIndians.com team on behalf of all the Indians living in Qatar wishes Team India to repeat the win over New Zealand in the first semi-finals of ICC Cricket World Cup at Manchester on July 9.

Ooredoo has once again reminded its valuable customers to be alert against ongoing scams plaguing the industry. Also, it has offered advice on actions to take if fraud is suspected.

Ooredoo has confirmed that no personal details would ever be requested from customers via a phone call, SMS or emails, and advised that its WhatsApp account is only responsive, and so it will never initiate any contact.

I-fuel has won the recently held ‘Al-Fikra Challenges Award’ – a competition organised by the Qatar Development Bank for entrepreneurs to find solutions to some of the challenges that can be turned into business ideas and projects that can serve the country.

India vs Pakistan. People of both India and Pakistan treat this clash as equal as their country playing their World Cup finals. Always been the most watched match in any form of cricket and also any game for that matter.

Summer Entertainment City at Doha Exhibition and Cultural Centre (DECC) will be broadcasting the match that will be played at Old Trafford in Manchester, England and will begin at 12:30 pm (local time). One of the biggest indoor screens (8 x 4 metre) will be put up at the venue for one of the most-watched and anticipated matches of the cricket World Cup. Though the match can be watched free, there is a fee of QR15 for entrance to the Summer Entertainment City, as quoted in thepeninsulaqatar.com

We want our Indian cricket team to continue their winning run against Pakistan at the World Cup. India being dominant in this world cup so far, we hope and wish our winning run will continue.

QatarIndians.com team on behalf of all the Indians living in Qatar wish the Indian team to win today’s match against Pakistan. Also, we wish and pray our team will bring the world cup to India.

Work time bans in open areas in Qatar: Qatar’s stringent labour laws ban companies from sending their workers to operate in open areas from 11:30 am to 3 pm during the summer months. The Work time ban comes into effect from today (15th of June).

The eyes of all the cricket lovers across the globe are glued to the screens, screaming and also cheering for the team they love. QatarIndians.com team on behalf of all the Indians living in Qatar wish our Indian cricket team to do their best at this tournament. We all are desperate to see our Indian players performs well, wins and also bring the trophy to India.

In 2008, Virat Kohli led Indian Cricket Team won the Under-19 World Cup victory. Nine years later he will lead the senior Indian Cricket Team in World Cup for the 1st time. KL Rahul, Dinesh Karthik, Vijay Shankar, and also Ravindra Jadeja got a place in the Indian Squad for World Cup 2019. Ambati Rayudu and Rishabh Pant miss being part of this squad flying to England & Wales.

This world cup series will also be the 4th World Cup featuring MS Dhoni. Dhoni for the first time in all the T20 & 50-over World Cups in his career will be playing not as a captain.

The chief of Selectors of The Board of Control for Cricket in India (BCCI) MSK Prasad named the below 15-man Indian National Cricket Team addressing the reporters on 15th of April 2019.

There seems to be a hot and long debate over selection of back-up wicket-keeper’s spot. The BCCI selectors at the end went ahead with the Dinesh Karthik experience and also for his wicket keeping skills over the exuberance of youth of Pant. Karthik is the much better option in that aspect.

India will start their world cup campaign in Southampton on 5th June against South Africa. QatarIndians team on behalf of all the Indians living in Qatar wishes the Men in Blue to bring the World Cup to India for the 3rd time.

After over 25 years of touring South Africa, an Indian cricket team has managed to beat South Africa in an ODI series. It is no surprise that the team to do so is currently ranked No 1 in ODIs, or that its captain is the talismanic Virat Kohli who has batted on a different level in the ongoing six-match series, which India wrapped up on Tuesday against a depleted and spin-weary home team.

After victories in Durban (by six wickets), Centurion (by nine wickets) and Cape Town (by 124 runs), India were beaten on Saturday in a rain-hit fourth ODI, but stormed back to claim the series with a 73-run victory over South Africa at Port Elizabeth.

Kohli thus became the first Indian captain to win an ODI series in South Africa. His contributions have been exemplary – 429 runs in five innings, with two centuries and a half-century. Leading the bowling and totally flummoxing South Africa’s batsmen in four of five matches have been the wrist-spinning pair of Kuldeep Yadav and Yuzvendra Chahal with 16 and 14 wickets respectively.

India’s long-awaited ODI series triumph on South African soil came after six tours, dating back to 1992. That first series in South Africa was won by the hosts 5-2. Successive tours in 1996-97 (0-4), 2000-01 (a triangular series also featuring Kenya, where India were beaten in the final), 2006-07 (0-4) and 2013-14 (0-2) all ended in disappointment. In 2003, a team led by Sourav Ganguly had marched into the final of the ICC World Cup, where it was hammered by an all-conquering Australian outfit under Ricky Ponting. During the 2009 Champions Trophy, MS Dhoni’s team was eliminated before the knock-out stage.

India’s success has handed South Africa just their seventh bilateral ODI series defeat at home. Barring six defeats and one 4-4 scoreline, the previous 42 such series have all been won by South Africa. That is a staggering record to have at home, and one South Africa can be very proud of. They have been beaten by the top-ranked team in ODIs, and one that has taken big strides towards improving their record away from Asia. Chahal and Kuldeep have been consistently attacking.

This current team, ranked second in ODIs, have been hit hard by injuries to their captain Faf du Plessis, AB de Villiers and Quinton de Kock. In the first game, du Plessis carried the home team with a fine 120 before he was ruled out of the series with a fractured finger. The wicketkeeper-batsman de Kock followed after suffering a left wrist injury during the second ODI, while de Villiers only returned to the lineup for the fourth ODI having recovered from a finger injury.

And with Hashim Amla enduring a lean series – just one fifty in five games – the home team has been left with very little batting power.

What has been stunning to witness is the regularity with which South Africa’s batsmen have struggled to pick Chahal and Kuldeep’s deliveries. The 27-year-old Chahal has enjoyed a stunning run of success, taking 2/45, a career-best 5/22, 4/46, 1/68 and now 2/43.

With the dismissal of David Miller, Chahal has surpassed former West Indies allrounder Keith Arthurton’s mark of 12 wickets taken across seven ODIs during the 1998-99 season as the most by an overseas spinner in a series in South Africa. However, Kuldeep bettered Chahal’s record in the same match with his match-winning haul of 4/57.