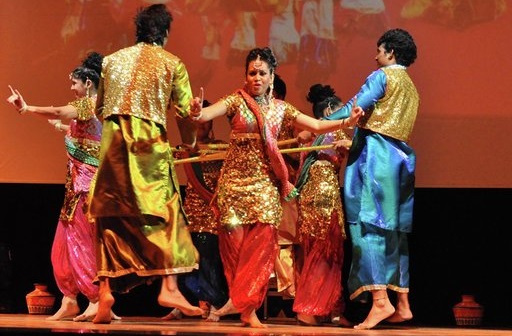 2020 edition to celebrate ties with France

DOHA: Under the patronage of its Chairperson, HE Sheikha Al-Mayassa bint Hamad bin Khalifa al-Thani, Qatar Museums (QM) has wrapped up another successful edition of its annual Year of Culture programme.

The Qatar-India 2019 saw an exciting array of exhibitions, festivals, competitions and events that took place in both countries over the past 12 months. The carefully curated programme was specially designed to promote mutual understanding, recognition and appreciation between both India and Qatar.

The programme began with the award-winning Ticket to Bollywood performance in Qatar which paid tribute to Bollywood – one of the world’s biggest film industries. The performance was produced and directed by award-winning director Shubhra Bhardwaj and choreographed by the talented Pravarsen Yesambare. Back in India, QM kickstarted the year with a showing of the hugely successful Monsoon Wedding Musical, known as the anthem of modern India.

Additionally, a variety of exhibitions of various themes took place over the past year. These have included:

Still More World by Delhi-based Raqs Media Collective, which presented 13 installations, two of which were created especially for the show in Doha. The exhibition was curated by Senior Curator Laura Barlow and drew on the energy of Doha’s urban landscape of light. The installations, ranging from videos to textiles and sculptures made between 2011 and 2019, were presented in three galleries at Mathaf: Arab Museum of Modern Art. The two newly created pieces were titled, Dohas for Doha and To People, and were displayed on Burj Doha.

Set in Stone: Gems and Jewels from Royal Indian Courts was curated by Dr Tara Desjardins, with the support of Nicoletta Fazio, Reem Aboughazala, and Tamadur Tariq al-Shamlan. The exhibition is currently on show at the Museum of Islamic Art (MIA) and features more than 100 pieces of magnificent gems and jewellery from India. These objects also form part of QM’s various collections, including several masterpieces that have never been displayed before. The exhibition is open until the 18th of January 2020.

See the Unseen opened at the Fire Station and was an exhibition by Qatari artist Faraj Daham, after the artist returned from his month-long residency at “What about Art?” Foundation in Mumbai, India. This exhibition addressed the concept of historical concealment and exclusion through a qualitative approach between what is visible (meant to be revealed) and what is real (meant to be concealed).

Where Cultures Meet: A Photographic Encounter Between Qatar and India is on show at Katara – the Cultural Village until December 31 in Gallery 18. As part of Qatar-India 2019 Year of Culture, two Qatari photographers – Hamad al-Shamari and Aisha al-Sadah – travelled to the Himalayan region of Ladakh, India, for two weeks. The aim was to create an inspiring portfolio that will help foster mutual understanding and cultural relations between the two countries. Alongside it, two Qatar-based Indian photographers – Ajeesh Puthiyadath and Salim Abdulla – were selected as part of an open call to participate in the exhibition.

The final event of the year was the award-winning musical Mughal e-Azam, one of India’s most iconic performances.

Qatar India 2019, sponsored by Qatar Airways, was planned in collaboration with leading institutions in Qatar and India, including the Embassy of Qatar in New Delhi, the Embassy of India in Doha, Qatar’s Ministry of Culture and Sport, Qatar Foundation, Katara, The National Tourism Council, Qatar National Library, Doha film institute and many more.

Heading towards its 9th year, the 2020 edition will celebrate Qatar’s ties with France. The year is expected to have a host of exciting events, exhibitions and activities that will introduce audiences in France to Qatar’s rich heritage while bringing some of France’s most inspiring cultural acts to the country.